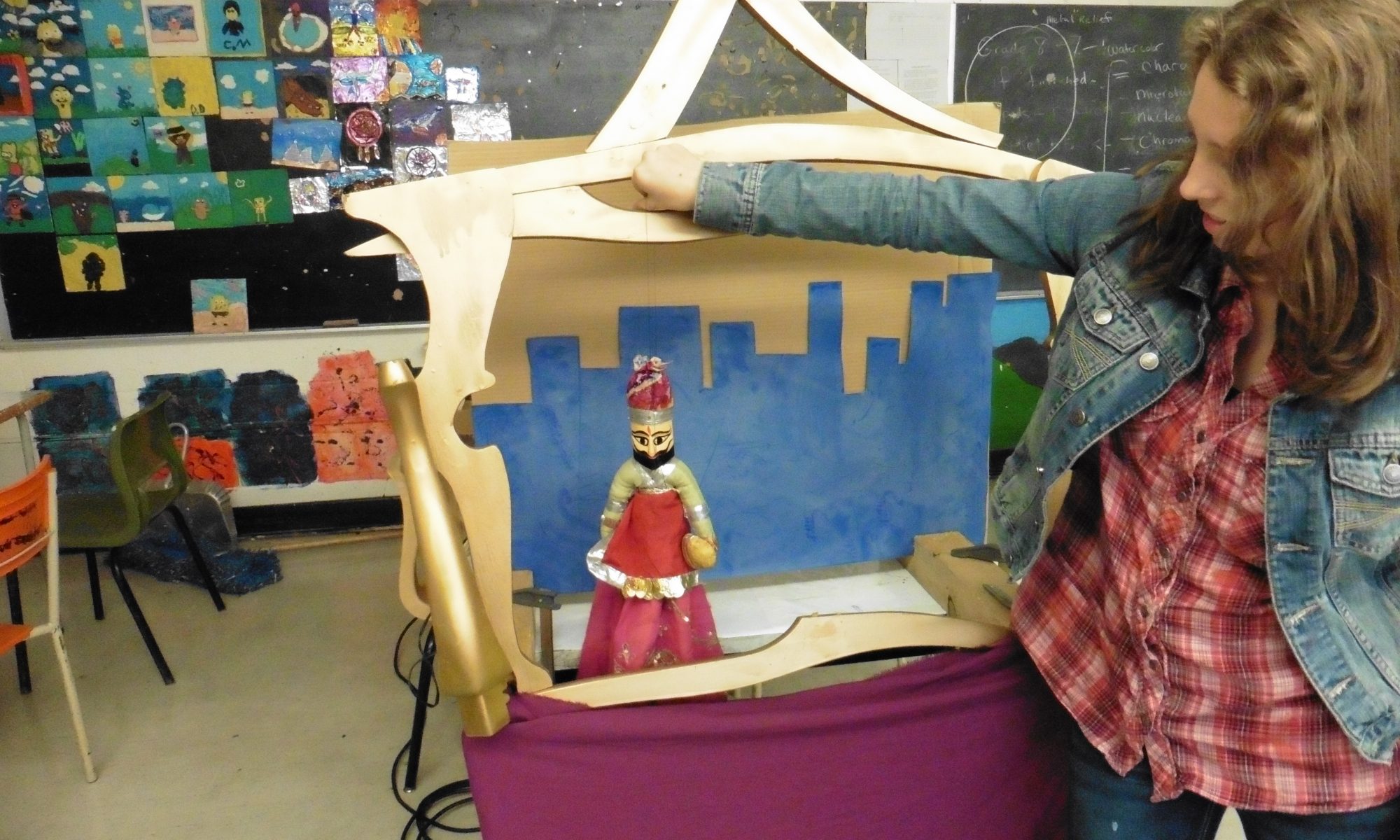 Spiral Studio Lab is a drop-in after school program created in collaboration with Rachel Derrah.

The Spiral Studio Lab is a unique interdisciplinary drop-in arts program that fosters skill sharing and social development by connecting youth with the creative process and a wide range of artists. During a series of workshops, youth participate in diverse artistic practices – music, dance, storytelling, puppetry, writing, sculpture and painting, among others – while creating a performance that is shared with their community. Each program cycle is a unique answer to a specific context and continually evolves in response to the children’s needs and interests. Spiral Studio Lab youth develop their curiosity, adaptability, responsiveness and overall emotional intelligence while participating in a powerful and uplifting artistic creation process.

The Spiral Studio Lab was born out of a chance encounter at a conference on community arts facilitation in 2010. Initially an after-school program named ‘Rock Café’ that focused on recording and music, the program naturally evolved when the kids’ interest was sparked by other artistic activities such as filmmaking and performance. The spiral was chosen as a symbol as it represents organic growth as well as outward energy.

There is an electric spark when a child does something for the first time; when they realize they are allowed to write down their thoughts, that they can play the drums or become a character in a movie. The Spiral Studio Lab nurtures this spark and provides the space for it to flourish.

Indeed, participation in arts programs has been shown to have numerous direct impacts on children’s well-being and abilities:

During the Spiral Studio Lab programs, youth get out of their heads and into their bodies, expanding their hobbies and discovering new passions. They learn about different artistic practices, connect with kids from other social groups and bond over shared lived experience. In addition to pushing their comfort zones, they learn to collaborate and compromise by having numerous opportunities to work together and make important decisions.

The artist mentors serve as important role models for the children and, by example, lead them to envision new possibilities for their own futures.

At the end of a program cycle, the kids have increased confidence in their creative abilities, and, perhaps most importantly, are left with the memory of a truly magical experience.

Participating in a Spiral Studio Lab workshop was energy-filled, creative and refreshingly hectic. The session began with each child walking into the center of a circle, sharing their name and a physical action. The movements were reflected by all those present, leading to giggles and shy smiles. Many of the children present had arrived bouncing with energy: they were clearly excited to be in the space.

Following the check-in, the two facilitators drew out the progress that had been made so far, bringing everyone up to speed. After a few questions, it was time to get to work and the kids flew to all four corners of the room.

Near the window overlooking the school yard, two talented musicians would listen to a hummed tune or a little piano riff and transform it into a full, colourful sound, much to the children’s delight. Over at the projection station, textures, colours and marine creatures were brought to a larger than life state and a sheet coloured with rich reds and purples created an instant sunrise.

On a snacks table, chips, dip and some fruits are appreciated and devoured. A huge roll of white paper was rolled down the hallway under the neon lights and large bold stencils were laid down to represent a black and dripping pipeline. At the art station, masks of wolves were brought to life with swift brush strokes. A huge blue bin filled with costumes was quickly opened to reveal its treasures.

The facilitators held the space with clarity and coherence, allowing the kids to be wild, creative, daring and exploratory. Everyone was free to flutter from station to station according to interest and drive.

At the end, there was a ‘show and tell’ period where a space was opened for everyone to share their hard work. A mystical alien with beautiful elven ears and thick eyelashes came to life, as did miniature figurines. In real time, the musicians played along with the pieces that have been composed, adding depth and colour to the performance.

Many words rise when I think about the underlying dynamics of that day:

Inclusion: everyone in the room had numerous options and materials available for them. Not once did I see a child looking lost or uninspired. Space was made for everyone to express themselves.

Diversity: differences of age, backgrounds and levels of experience were both present and blissfully unimportant as the whole group went to work co-creating a play.

Teamwork: despite differences of opinion and artistic taste, the momentum was forward and the various teams worked with intensity and pleasure.

Once the kids had left, artists and facilitators cleaned up the glitter and colour in an efficient whirlwind. It had the natural ease of a well rehearsed dance.

Doing Good by Doing Art: The Effects of Education in the Visual and Performing Arts on the Achievements and Values of Young Adults (http://www.aep-arts.org/wp-content/uploads/2012/03/AEP-Wire-catterall.pdf)

The NEA report The Arts and Achievement in At-Risk Youth: Findings from Four Longitudinal Studies. http://arts.gov/news/2012/new-nea-research-report-shows-potential-benefits-arts-education-risk-youth