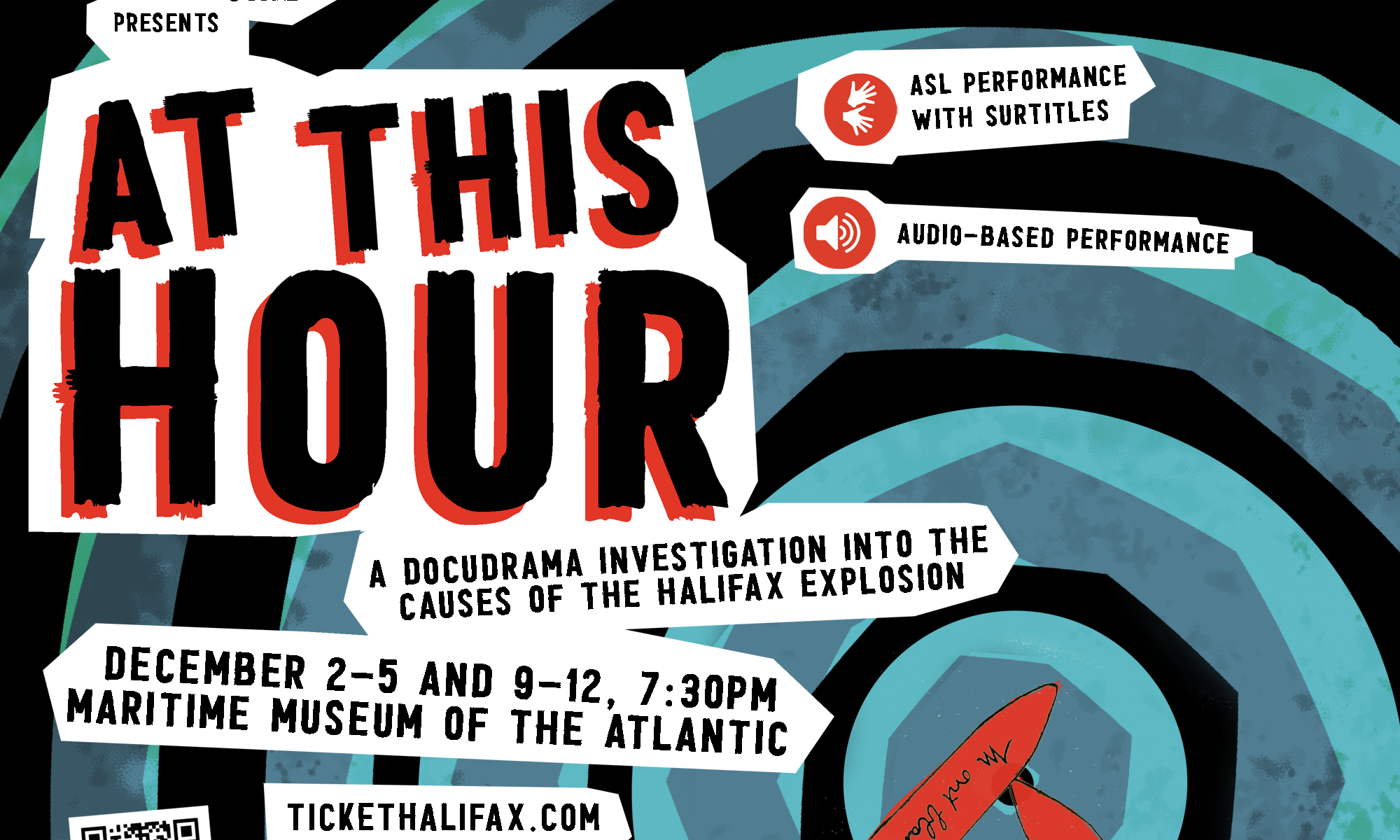 On December 6, 1917, in the narrows of Halifax Harbour/Kjipuktuk, the Belgian Relief vessel IMO collided with an overloaded French munitions ship, Mont Blanc. The resulting massive explosion wreaked havoc on both sides of the harbour and left approximately 2000 people dead. One in every fifty Haligonians suffered sight loss as a result of the explosion – it was the largest mass blinding in Canadian history. Within hours of the disaster Ottawa ordered a full investigation and the Wreck Commissioner’s Inquiry began the following week at the Halifax Provincial Court.

Who was to blame? A century later, this question is still unanswered.

At This Hour is a documentary theatre lecture about the Halifax Explosion created with and for the Blind/Partially Sighted and Deaf communities. Constructed like an open seminar, the performers are documentarians. Using verbatim text from the transcripts of the inquiry into the explosion, they explore how British imperialism permitted and encouraged the government mismanagement which led to the explosion, and the cover ups and scapegoating that followed.

Produced in collaboration with Signs of the Maritimes Deaf Theatre Troupe, At This Hour will feature a hearing cast and a Deaf cast performing the show simultaneously.

At This Hour was developed in collaboration with the CNIB as a show intended for a Blind/Partially Sighted audience and features Partially Sighted consultant, writer and performer Phillipa Colman.

The show is being produced in association with Signs of the Maritimes Deaf Theatre Troupe and all performances will feature a Deaf cast performing an ASL adaptation of the script by Catherine MacKinnon. As well, surtitles will be projected throughout the show.